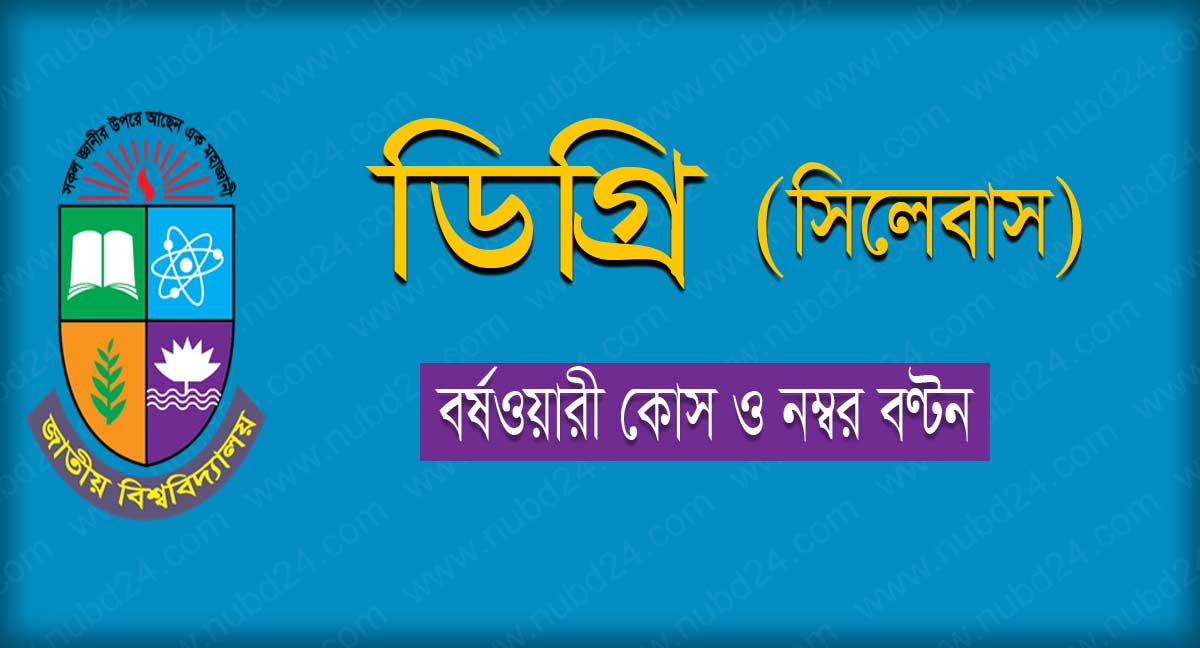 This is the Degree Subject and Maks Distribution page for National University and here you will get Syllabus for Three Years B.A Pass Course which is Effective from the Session: 2013-2014.

History of the Emergence of Independent Bangladesh

Introduction: Scope and description of the emergence of Independent Bangladesh.

If you want to back on the main page of Degree syllabus then click bellow the link.

NUBD24 generally try to publish all updated notice of National University regularly and properly. It also publishes and posts very obvious information in deals so that one can easily figure out any matter or whatever he or she looks for.

This site has also other features such as Online MCQ Test option, NU Suggestions part, NU GPA calculator, NUBD24 mobile App and another charm of this site is Question and Answer part of students which presents NUBD24 very uniquely.

Through is features students and anyone can ask questions and can get answers. People can also comment in this section. This site is used to maintain by following all rules, regulation and other policy. This site doesn’t infringe any condition and doesn’t copy any content of others.

NUBD24 Android Apps is Available on Google Play Store! Just click this image and Download our NUBD24 for Free.